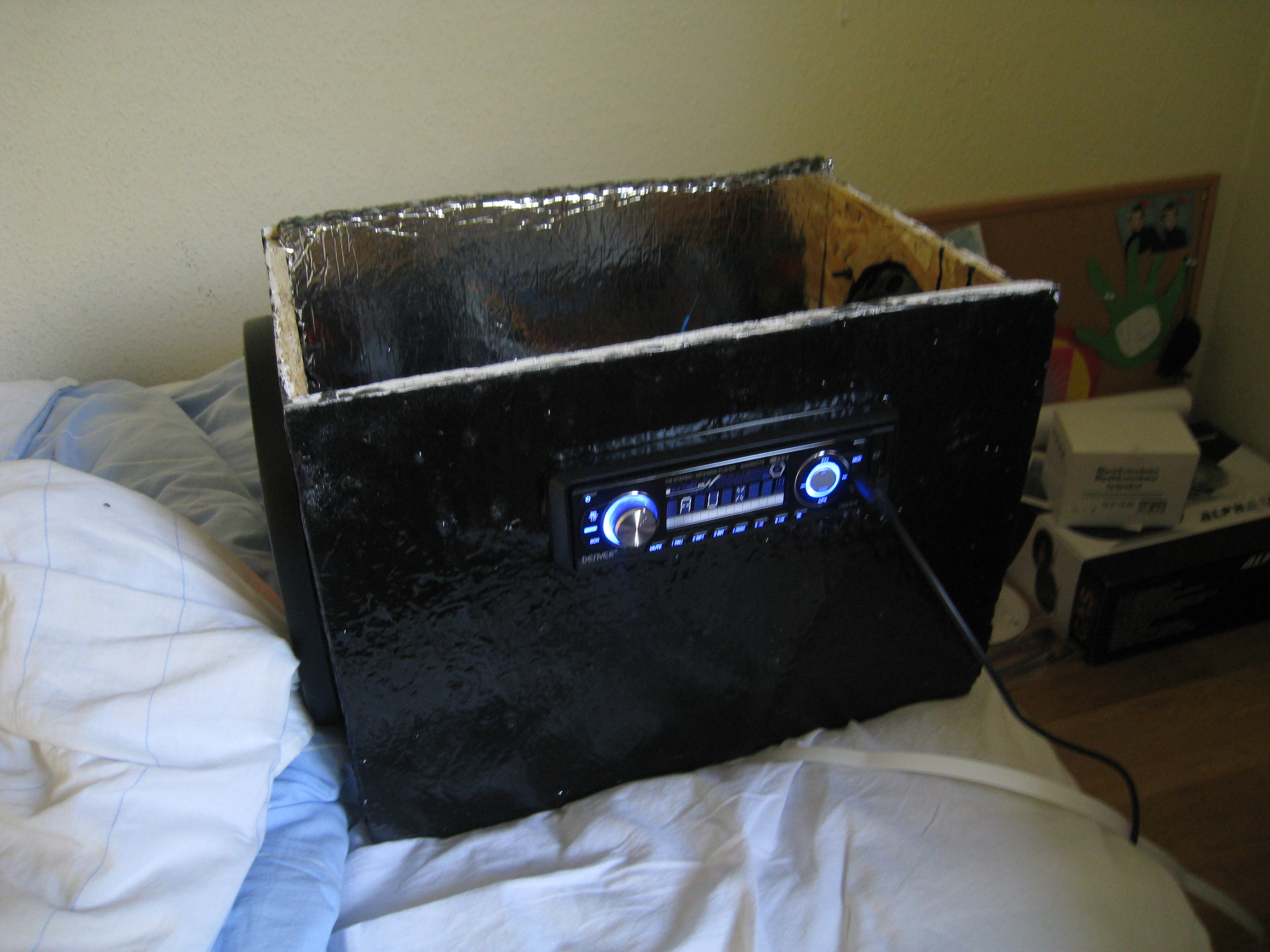 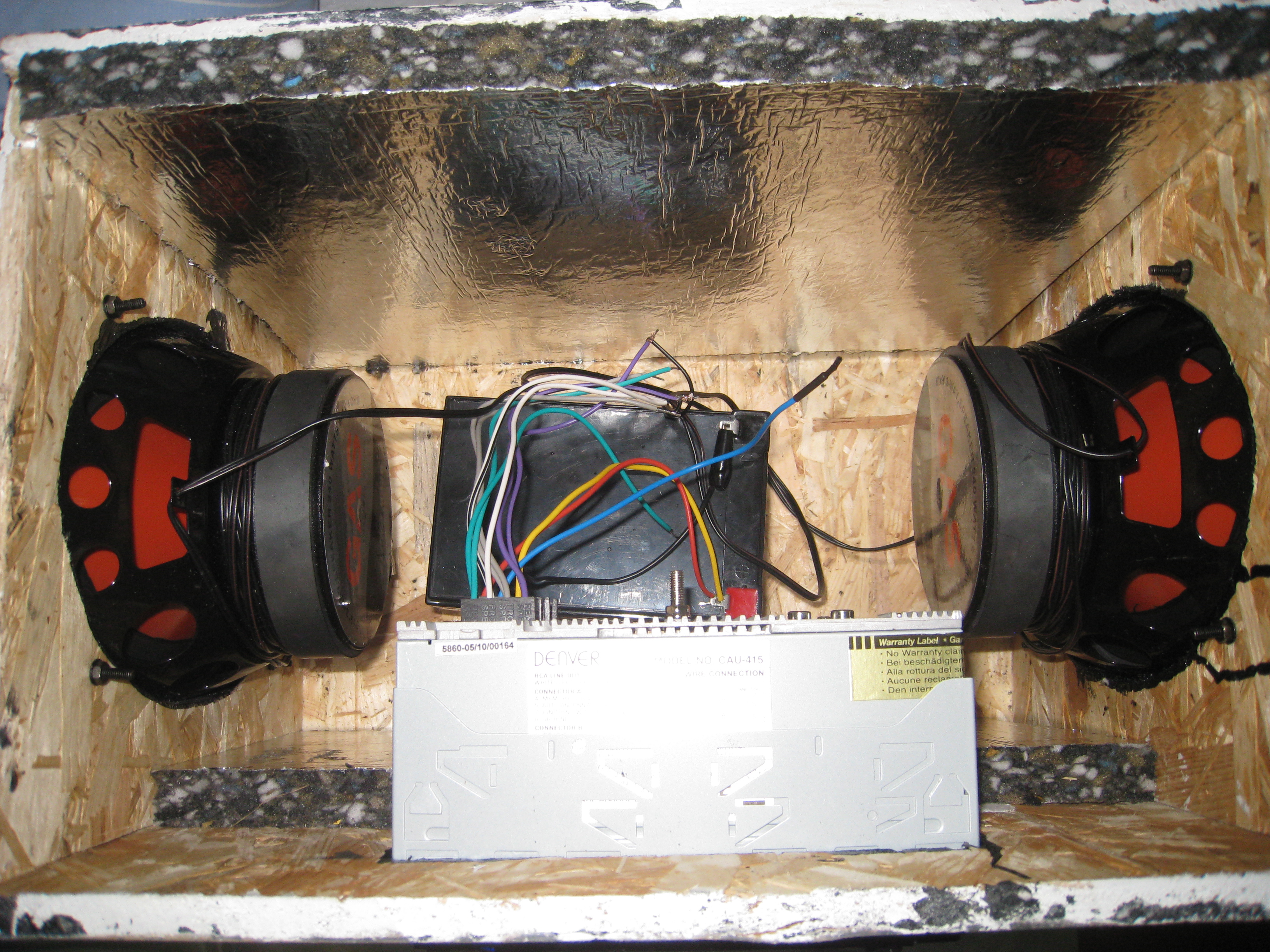 My first boombox project. Built it when i was 14 and still in high school. I had found lots of similair projects on audio forums and got inspired. When i realized that it didn’t seem to hard to do, i thought it would be cool to make one myself.

I ordered a pair of efficient 6x9 coaxial car speakers from the interned and went to a shop which sold car replacement parts and grabbed a lead-acid motorcycle battery and a cheap car stereo. When the speakers finally arrived, i hastily hooked it all up and it worked. I was blown away that it worked, even though the sound was really bad and the highs hurt my ears.

I was really excited for this project and refined my 3d design on the case made in sketchup. My neighbour was demolishing a wall in is house so i got some free 10mm really bad quality plywood, but it was sufficient. At the time, i didn’t have many woodworking tools at home, so i asked a friend. His dad had a small workshop and said that i could use it. When i arrived, he laughed at the bad plywood i had aquired from my neighbour, but as long as it worked i didn’t care.

When i was finished cutting the wood i went home and nailed it all together (i didn’t even glue it!). I mounted the speakers and car stereo and put the battery in. I was really proud (even though it looked horrible) and it was time for my first play on it. It sounded alright, but the highs still made my ears bleed on high volumes and the bass wasn’t good at all. After all this work, how on earth could i have forgotten to isolate it?

I went and purchased noise-isolating foam and put it in. Much better, it actually performed pretty well (except for when you turned up the bass and you would hear the case vibrate alot). I painted it black and declared the project finished.

I took it outside for the first time in september 2010 with some friends. We took a couple of blankets and a grill to a empty field, it was really nice despite being a little cold. I didn’t use it anymore that year since it got cold, but during the next two years i used the boombox alot and had alot of great memories with it. It’s really easy to get attached to objects once you have built them yourself, which is one of the reasons i love DIY so much because i always love the things i create myself more than something i would’ve bought from the store.